It’s Saturday once again, and you know what that means at this time of year: it’s an NF fest! Believe it or not, the five shows on tonight are nothing compared to some upcoming Saturdays (but more on that later). Here’s what’s happening in a few hours’ time:

My focus today is Hungary and Sweden (apologies to everyone else, but a girl’s got to have priorities) so let’s get straight into it. As always, spill as much tea as you like in the comments re: songs/acts/results/predictions. I’m ready for it! 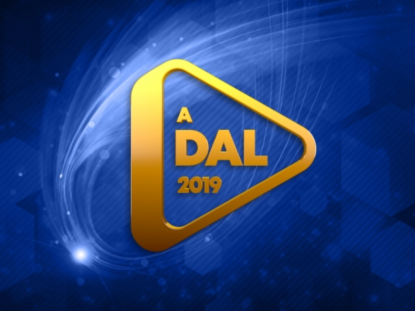 Time flies when a national final is as awesome as A Dal 2019…isn’t that what people say? There’s got to be some explanation for how we’ve arrived at the third and final Hungarian heat already. There are only six spots left in the semi finals, with ten acts hoping to take them.

My two least favourite songs are listed above, which is a bummer (find out what they are here) but all is definitely not lost! I’ve been eagerly awaiting this heat for a few reasons, and the main one is spelled J-O-C-I P-Á-P-A-I.

Yes, the man who makes magic every time he opens his mouth is back for another crack at representing Hungary – and though it would be out of character for them to send the same person twice (András Kállay-Saunders is not amused), it’s not totally impossible. Or am I just biased because Origo is one of my favourite Eurovision entries ever and I love everything else that Joci has ever recorded? Check out my top picks from this heat and decide for yourself.

What do you know, I’m starting with Az Én Apam! Plot twist. This is my favourite song competing this evening, and though I’m not going to say it’s as amazing as Origo, it’s just as special and emotional – just in a more understated way. I’m praying for Hungary and the A Dal jury to support it, because if Joci goes the way of Olivér Berkes and gets knocked out immediately, HELL WILL HATH NO FURY LIKE THIS WOMAN SCORNED.

X Factor winners USNK are going gangbusters on YouTube with Posztolj (6.7 million views as I type this) which IMO is deserved for anything with ByeAlex’s name attached to it. The song style isn’t my usual “thing” at all but I love it here – the edginess and intensity of the sound against the social media-themed lyrics makes for a cool contrast. Hungary isn’t averse to rap (which I appreciate) and USNK obviously have public vote pulling power, so this seems like an obvious qualifier. Maybe too obvious…

Leander Kills are one of 2019’s many repeat NF offenders. Since they couldn’t win A Dal with Élet in 2017, they shouldn’t win with Hazavágyom. Having said that, however, they are in with a damn good chance and I would be able to get on board with them as AWS successors. There’s something joyful and unique about Hazavágyom that I like a lot, and I expect the live performance to match – and of course, to be as competent as yesyes were INcompetent (WHY GOD WHY?!?) last week.

Kyra is serving up some diva power-pop in the form of Maradj Meg, and I am here for it. I’m 50/50 on whether her performance will be as on-point as it needs to be or a car crash (or somewhere in-between) but I’ll think positive until she proves me otherwise.

My other two faves in this heat are Help Me Out of Here – the less infectious but still appealing sibling of Petruska’s last entry Trouble In My Mind – and Barát, with Salvus delivering a classic slice of Hungarian rock that will probably follow in the footsteps of A Remény Hídjai and Kulcs by qualifying.

I’ve got an okay success rate going for A Dal so far in terms of predictions – 4/6 correct guesses for both heat 1 and heat 2. But I wouldn’t mind going one (or two, ideally) better this week. With the risk of opting for the obvious, I’m thinking it will be Leander Kills, Joci Pápai, USNK, Petruska, Salvus and Mocsok 1 Kölykök (my debatable wildcard) who make it to the semi final stage. In other words, I suspect the girl power level will be very low once the results have come in. If there does happen to be some female fierceness in tonight’s top six, I believe it will be courtesy of Kyra.

Brace yourselves, people, because Melodifestivalen has hit its first destination for 2019: Göteborg! I’m going to spare you guys another questioning statement about how we can possibly be at this point in time again and how fast the months fly by, et cetera. The fact is that we are here again and I’M SO EXCITED. I hope you are too.

There are returnees aplenty taking part tonight, including two 2017 finalists and (of course) Anna Bergendahl, whose claim to ESC fame I’m not going to mention since I think it’s time to move on (even though it gives her the best comeback narrative of the year). Here they are in running order:

On name value, this is not the most thrilling semi for me personally, but the first one is traditionally not supposed to be (Sweden/Christer Björkman believe in saving the best until last, or at least until later). Even so, I have managed to pluck out four favourite songs.

Hello, Hello! Mohombi is bringing his A-game to this semi and I am so keen to see him perform. There’s something about this song I get just from the teaser that suggests it could do more in the comp than a lot of fans expect it to. Factor in staging that echoes Måns Zelmerlöw’s for Heroes and you’ve got an entry worth watching out for. 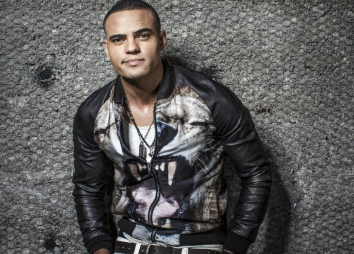 Mina Bränder is the good old ‘Swedish-language radio pop song that Jaz likes but nobody else does’ á la Stark last year. As such I expect Zeana and Anis to crash out of this semi, but only after I have bopped along to their three minutes – especially the chorus, which has a strong scent of Melfest 2005 about it.

Neither Chasing Rivers nor Not With Me seem like they’re the best song their artist has competed with, but as expected both are strong. It’s particularly hard to get a feel for Chasing Rivers by only hearing a minute of it, but it has promise. Wiktoria is trotting out all the heartbreak clichés this time, but because Not With Me reminds me a lot of Isa’s I Will Wait and this is Wiktoria we’re talking about, I have to get behind it.

I know this is a top four, but I have to mention Anna’s Ashes To Ashes. It slips into my 5th place based on the jarring similes that make up the lyrics (like a this, like a that…it’s OTT for me, I’m afraid) but the melody is memorable and her voice is as distinctive as it was in 2010. Lycka till.

Nano and Anna Bergendahl. It’s hard to tell just how impactful Chasing Rivers will be from the snippet alone, but I think Nano is enough of a force to be reckoned with to place top two tonight…even if Hold On was too much to live up to. Anna might not get the fairytale ending at Friends Arena that she’s after, but I believe she will be there in March. I’ve seen her stage outfit and she deserves to win this semi based purely on how stunning it is.

And who’s off to Andra Chansen?

Wiktoria and Mohombi. If Wiktoria doesn’t go direkt, it’ll be her first time having to fight for a place in the final, but I have a feeling it’ll be her OR Nano to Friends straight away – not both. Mohombi is an artist I was excited about heading into this, but he took me by surprise with the vibe of Hello – I was expecting Bumpy Ride Part II (which wouldn’t have been a bad thing). He did win the rehearsal poll, and if he goes direkt I’ll be psyched…but it’s touch-and-go between the big players in this line-up.

Who do you think will advance to the final or to AC from this first Melfest 2019 semi? Place your (hypothetical) bets in the comments below!

Tel Aviv: Reactions from the week that was

It’s time for me to share my thoughts on what’s happened in the world of Eurovision 2019 since the last time I did the same thing. Three artist announcements and two songs await!

Austria Paenda has been decided as the artist who’ll attempt to top Austria’s surprise 3rd place from Lisbon. She’ll be singing the unreleased Limits, and somehow I’m getting the same feeling from the song title alone that I got from the likes of City Lights – like I just know it’s going to be good. As for Paenda herself…let’s hope she’s more successful than the last blue-haired competitor from that geographical region.

Czech Republic Barbara Mochowa had the voice and (to an extent) the song, but Lake Malawi have something extra – an element of fun and very questionable lyrics – that got them over the line to become the Czech entry for Tel Aviv. We might come to realise this was a mistake, but for me right now I’m pretty pleased about it. Let’s face it, anything that came after Mikolas Josef was going to be a letdown in some way. I would happily have him represent his country every year, particularly if he keeps bangers like Abu Dhabi coming.

Finland My beloved Robin may have turned the ESC ticket down, but world-famous DJ Darude did not. And so Finland brings us the DJ + vocalist combo that we got from Norway in 2017 and Poland in 2018. Fingers crossed Darude and Sebastian Rejman model themselves more after the former than the latter. They’ll present their three potential entries on March 2.

France Against all odds (by which I mean Seemone) Bilal Hassani is France’s chosen one, and I couldn’t be more excited for him – and for myself because Roi is a JAM. I loved his performance in the Destination Eurovision final and I’m glad it was the French public that got their way. Haters back off!

Malta The X Factor concluded with Michela Pace crowned champion and automatic ESC artist for Malta. There’s not much to say at this point other than yes, she can sing, so for Ira Losco’s sake give her a good song.

What’s next for NF season?

Next Saturday? HOLY CRAP. I’ll be over on the Gold Coast in the Australia Decides audience, so look out for me if you’re watching on TV or online. You’re welcome for the time difference that will allow you to watch our NF without missing any European ones.

Until next time (when I’ll review the Aussie songs and much more),