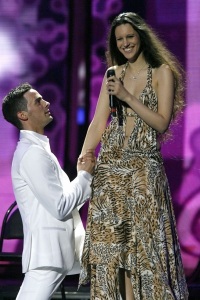 "Please PLEASE perform for us at Eurovision again, Andrea! We really...oh wait. We have Rambo!" 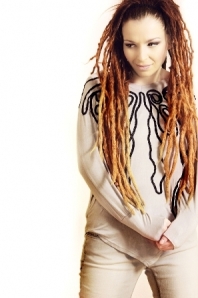 Rona Nishliu: bringing back the dreads we have missed so much in Eurovision since Beth

–          Ulrik Munther, the Swedish Justin Bieber (there’s one in every country. Australia’s is Cody Simpson. Who’s yours? Unless you live in Canada in which case your Bieber IS Bieber, and I’m very sorry for that).

–          Afro-Dite, Andreas Lundstedt, Molly Sandèn and Charlotte Perrelli, because they have all graced the Eurovision stage in the past – some once, some 7564 times (and it’s still not enough is it, Charlotte?) and others on a smaller scale.

So that’s my overblown numerical take on the stale 2012 news that everyone had known about forever. I hope you enjoyed it, and do come back, because I promise to post more regularly and be more hilarious than ever this year. Well, I did at about 11.58pm on December 31st anyway.

What are you most looking forward to in the 2012 Eurovision season? Who are you excited to see in the national finals?