I began doing reviews of the 2010 entries as they were being decided but then abandoned them because I was so very busy with uni stuff. But now it’s my holidays and I’m raring to review!!! I’m still completing them, but I’ve done up to I, so here are the first few instalments for your viewing plezhure! Please agree/disagree in comments – I would love to hear from you fans. Or non-fans for that matter. NOTE: These reviews refer not only to the songs but also the performances in the semis/final. If I trashed someone’s vocals, it’s because I deemed them inadequate ON THE NIGHT. All songs are rated out of 10, except for my points, which follow the traditional Eurovision rules – 1-8, 10 and 12. Think of 12 as being 10 out of 10, and 8 as being 9 out of 10. Confused? Me too.

PS – I do not own these images, they are sourced from eurovision.tv and a ton of other places. All credit is to these sites, which I will track down if there is potential for jailtime. Nervous laugh hahahahaha…..

ALBANIA – It’s All About You – Juliana Pasha

Gimmick: None in particular; Reminds me of: Adam Lambert’s For Your Entertainment

Pros: A catchy song with a good beat and effective use of synth sounds, as well as a lovely sing-along chorus; Cons: Juliana sounded great onstage BUT the accented English pronunciation made me wonder if it would have been better off left in Albanian, at least partly. Doesn’t quite reach the aural heights of a winning song.

Points from me based on song: 7

Gimmick: The eponymous stone and accompanying tree; Reminds me of: Shakira’s Objection (Tango).

Pros: I love the fusion of contemporary and ethnic sounds that Armenia seem to cook up every year – it pays off! It’s a story song too, which I like; Cons: It just doesn’t set me on fire. I know a lot of people love it, and I’m glad they made the top ten once again….but I don’t love it. It’s quite nice, and quite catchy. But not awesome – to me anyway.

Points from me based on song: 7

Pros: Umm…everything? Such a great ballad, well thought out, interesting and catchy; Cons: I wouldn’t say Safura’s vocals were brilliant. Also considering the Azerbaijanis brought in reinforcements in the shape of Beyoncé’s choreographer, the choreography didn’t seem that special. And the dress she wore wasn’t as suitable as the one she wore in the national final. But now I’m just being picky.

Points from me based on song: 12

Gimmick: Butterfly wings….naturally; Reminds me of: When You Believe from “The Prince of Egypt”. Not as awesome though, obviously.

Pros: A pretty good quality ballad, which it should be, having come from the Russian master himself, Maxim Fadeev. It has a great climax which is amplified in the stage presentation. I had wondered how they would recreate the magic of the video clip onstage, as I’m fairly certain it isn’t possible for us humans to burst into a flock (?) of butterflies, but the wings sprung up and I was placated. The chorus is loverly; Cons: It isn’t brilliant. It could very easily be filed under the ‘Bland Ballad’ category with the likes of Annet Artani (2006)….not quite for me, but for others, very very easily. Also the guy who started the vocals was a bit quiet and a bit Belarussian on the English lyrics. Maybe it could have started in their native tongue?

Points from me based on song: 8

BELGIUM – Me and My Guitar – Tom Dice

Gimmick: Unnecessary; Reminds me of: Roachford’s Only To Be With You (just a tiny bit)

Pros: It’s all about simplicity with this, and among all the saxophones and voice effects and feathers and sequins and everything else that is very fun but very exhausting…it works like a charm. I could listen to Tom sing all day. The lyrics are beautiful, the music is beautiful, and the subtle rhythmic changes provide the interest that takes it to another level. A song like this doesn’t need a key change or costume reveal; Cons: I have nothing to say. Literally.

Points from me based on song: 12 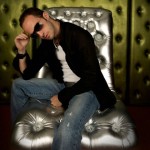 Pros:  Anthemic, and has a message which, in this instance, does a good job of reflecting the country. Vukasin’s voice suits the soft-rock style; Cons: This song ends strangely, just before you think it’s about to launch into the key change that’s going to take it from here to here. It just never does.

Points from me based on song: 5

BULGARIA – Angel Si Ti (You Are An Angel) – Miro

Gimmick: None in particular; Reminds me of: Bond’s Explosive

Pros: Great dance track. It had me up and dancing in my lounge, though unfortunately Miro couldn’t bust any moves because he had a malfunctioning leg on the night. The instrumental bits sound amazing, and so does he although he doesn’t actually sing that much; Cons: Slightly repetitive. The “oh-oh-oh, ohhhh oh-oh-oh’s” would have been fine of they’d left it at two in a row rather than four. Doesn’t have a great climax.

Points from me based on song: 10

One Response to “Retrospective reviews: A to B”