Yes, it’s now March. But let’s not dwell on that flabbergasting fact, because this year appears to be going just as fast as the last and that scares me. Instead, let’s get straight on to the good stuff: NF talk! This is the first Super Saturday of this month, as I see it.

The end of Eesti Laul

I’ll admit, I’m a pretty sad panda because I did not follow Eesti Laul in detail this year. This national final is becoming a revered one in the Eurovision community, over and above the old classics such as Melodifestivalen (still my favourite, in case you were wondering) and always produces multiple gems that get mentioned like they’re going out of style in every ‘what could have been’ post on the whole internet. Last year, for example, EL gave the world Grete Paia’s electronic epic Päästke Noored Hinged. It also gave birth to the web phenomenon – and the stuff of nightmares – that is Winny Puhh, but the less said about them, the better sleep I’ll get tonight.

The horror of the one time I watched this performance will never leave me.

What I’m trying to say is that whilst EL may not be perfect, it seems to be consistently interesting and never boring, and so I’m making a vow right now to follow it in 2015 like it’s Ott Lepland and I’m in full stalker mode. As things stand, I’ve listened to three of the ten songs in tonight’s final line-up; a.k.a. 5, 9 and 10 in the running order below.

I listened to Lenna’s because she’s Eurovision alumni (as part of Vanilla Ninja and representing Switzerland, mind you) and had a wonderful song in EL a couple of year ago. I wasn’t too impressed this time, unfortunately. I listened to Tanja’s because a ton of people were saying how amazing it was (pardon the pun) and calling her out as the favourite very early on, and I was curious. Again, I was let down.

As you’ll know if you’ve read my last few posts (the reward for which is my gratitude and a possible free dinner if we ever meet in the flesh) I listened to Sandra’s because SHE IS FLAWLESS AND I WILL LOVE HER UNTIL THE END OF TIME. Also, on a saner note, I was interested to hear something solo from her post Urban Symphony. It was third time lucky with EL 2014, because I fell in love with Kui Tuuled Pöörduvad instantly. It’s uplifting, it’s infectious, and Estonian has never sounded so pretty. Therefore, without having heard any competition that would be worthy of beating her, I am backing her FTW tonight. She’s doing wonders in popularity polls the whole web over, and whilst that may have something to do with her previous ESC benchmark, I’m hoping it also bodes well for her result. Her song is more than good enough to justify her return to Europe’s biggest and most bespangled stage.

Do you think Sandra has what it takes, or is there someone I’m missing from Eesti Laul?

Who will be given a second chance in Sweden?

It’s really, really hard to say. The penultimate installment of Melodifestivalen takes place tonight in Lidköping, with eight songs fighting for the last two positions in next weekend’s finale. In the past, when the Andra Chansen eight have been paired up in duels from the start, it’s been easier to guess at what the outcome might be. These days, the process is as follows: half the songs will be knocked out after a round of voting, and the remaining four will then be paired up in duels. The winners of those duels will go to the final and attempt to do a Robin Stjernberg – or at least an Anton Ewald (Anton himself, already in the final this year, will be attempting to do a Loreen…I think). So, that said, here are the songs we’re all racking our brains over:

It’s a strong show for the most part – Linus, Helena and Outtrigger, for example, were among my favourites in their respective semis. The math/rules dictate that I’m going to lose at least one song I’d love to see go through, and most likely more, so I’ll be all like 😀 if I get my way on one.

But who I want and who will actually get that precious second shot are two very different things. After much deliberation, and with a feeling of wrong-ness still lurking inside me, this is how I believe things will go down.

After the first round of voting: 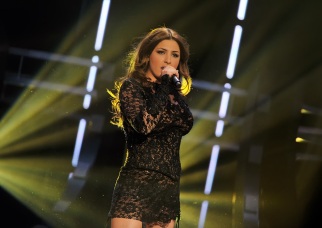 I think AC could be the end of the line for Helena.

After the duels: Martin and Outtrigger. Martin’s the only AC contestant to have graced the heights of Swedish iTunes, which shows that Sweden are liking him a lot. Outtrigger’s semi performance of a damn good song was disturbing yet fascinating, and tonight should be the same.

So for me, it’s a former ESC entrant and a straightjacket-loving rock band filling those final spots. What about you…who will the lucky two be? And/or, who do you want them to be?

Getting Lithuania’s Attention, and is Romania a done deal?

Also on the agenda for this evening is Lithuania’s artist selection (because they chose their song a week ago. I don’t get it either) and the one-off Romanian final that is Selecția Națională. I purposely haven’t listened to Attention, the Lithuanian entry, because I’m waiting to see what final form it takes. Nor have I listened to any of the Romanian possibles, since I chose their NF as one of my surprises. Nope – I haven’t even let myself play Paula & Ovi’s Miracle, which really is a miracle. With such a lack of stuff to say here, I can ask one big question: do Paula & Ovi have the Romanian representation all sewn up? Many fans seem to think they do, and that TVR even bothering to hold their final is pointless. I’d like to think that P & O wouldn’t be chosen because of who they are in favour of a better entry – but then again, I’m finding it hard to extend that thinking to Estonia, so why should I expect that of a whole country? At the same time, it’s exciting to think that the duo that did so well back in Oslo could be back at the big show and hungry for an even better placing.

I’m so confused! Help me out if you’re clued in on the Selecția selection. Would Miracle deserve to go to Eurovision no matter who was performing it?

Ireland, Azerbaijan and France: past and future entries

To finish off, here are my thoughts on the NF just gone, and the two to come on Sunday. 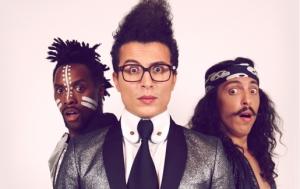 So that’s basically all the action of this weekend, which should keep you satisfied. Next week brings more, however. Monday, we discover just who’s representing the UK and with what (which may actually be worth looking forward to if the BBC are to be believed) and Wednesday, Mei Finegold’s song for Israel will be picked. In amongst that, I’ll be back with a themed post in honour of Melodifestivalen. Not only will you have the privilege (ha ha) of voting in my own personal ‘So, like, who’s gonna win Melfest?’ poll, but I’ll also be revealing my top 10 Melfest entries of the last five years (because the last 10+ was JUST. TOO. HARD!). Have your own lists at the ready so we can compare notes. Please?