Happy Hump Day, everybody! They say time flies when you’re having fun, but apparently it also flies when you’re in the torturous throes of Post-Eurovision Depression. It’s already been a week and a half since Portugal won their first ever ESC, and to me it actually feels like it’s been longer. Shouldn’t NF season have started again by now?

I just mentioned a bad bout of PED, but I have to admit that mine hasn’t been nearly as bad as usual. I’m not sure why – maybe because I’ve been pretty busy since final weekend, dealing with all the stuff I didn’t do before the shows because I had nothing but Eurovision on the brain and couldn’t concentrate on anything else. From now until about April 2018, my brain-space will only be 90% occupied by Eurovision – that leaves 10% for everything else, which IMO is plenty.

Obviously I’m not here to talk about anything but the contest, though, and today I’m focusing on the most freaking beautiful performances of 2017, according to moi (because boy, is this a subjective topic). Staging and singing standards were high this year, but there weren’t that many acts that had every single bit of their s%#t together. Here’s my personal shortlist – from no. 5 to no. 1, for maximum soap-opera-cliffhanger suspense – of those that did.

Hit me up with your top five performances of the year in the comments, and we’ll see if we have any countries in common… 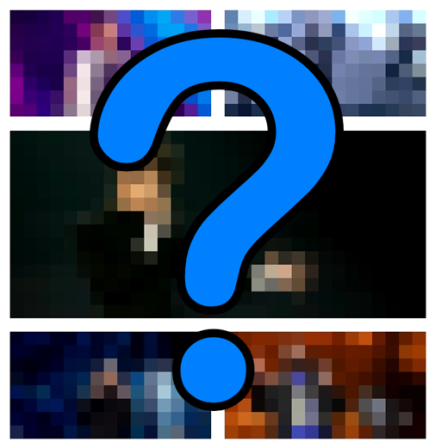 But of course! I’d be concerned for my mental health – and I’m sure you guys would be too – if I’d willingly left Sweden off this list. Just as the two certainties of life are death and taxes, the two certainties of Swedish Eurovision performances are a) they’ll be polished to perfection, and b) they’ll have been that way since we first saw the future ESC rep on stage at Melodifestivalen. There was certainly no need to change Robin Bengtsson’s risky, but super-suave and super-slick staging of I Can’t Go On between Stockholm and Kyiv – although the backdrop was revamped, two dancers were replaced, and a new suit was bestowed the privilege of being wrapped around Robin (FYI, SVT…I would have done that for free). ANYWAY, Robin’s Eurovision performances were as sharp as said suit, and just as entertaining as his first public one from the NF days. What’s to fault? I do now feel inadequate, since I can barely power-walk on a treadmill without tripping over my own feet (let alone strut on one with confidence while singing, et cetera), but that’s just me being pedantic.

Taking an alternative approach to Sweden’s cool, calculated one paid off for Portugal. Every single time Salvador the Salvadorable took to the ESC stage, he put a slightly different spin on Amar Pelos Dois, via his vocals and unique performance style. That gave his three minute appearances an authenticity and freshness that was so endearing, it made many of us feel like proud parents watching their shy son come into his own at a school talent contest. But don’t get me wrong – his performances were world class, with an emphasis on the ‘class’. Being the only artist to use the satellite stage (Hungary’s violinist doesn’t count), he stood out without the aid of any bells and whistles (I have no problem with pimping out a performance, but we all know APD needed to be pared-back). He’s a spellbinding presence on his own, and with that stunning woodland backdrop behind him, delivered something that was impossible to ignore. There wasn’t anything else on show in 2017 that was quite so dreamy…if we don’t include Robin Bengtsson’s penetrating gaze and Imri Ziv’s biceps.

I might be biased on this one, since as you probably know, Origo is my hands-down numero uno song of the year. But even I was worried that Joci would be too nervous on stage, or that the A Dal performance feat. dancer, violinist and suitably aggressive rap sequence wouldn’t translate well to the much bigger IEC stage. Thankfully, I had nothing to worry about. The intimacy of the performance – an important thing to cultivate considering the personal nature of the song’s story – was retained, but the use of the satellite stage and the fire jets expanded it to Eurovision-size. The colour scheme was perfect, the camera shots clever, and the emotion just as raw and real as it needed to be to not come across as phony (or over-rehearsed). Joci’s costume change for the final was the icing on the cake. The only thing I’d have done differently is toned down the smile on the violinist’s face – I feel like she needed to be more Sandra Nurmsalu and less Alexander Rybak for Origo purposes. Then again, I can’t blame her for smiling her way through a performance this good.

I had no idea what to expect from Bulgaria this year in terms of staging, but I knew that Beautiful Mess deserved to be presented in an amazing way. What was ultimately done with it was incredible, and gave it all the visual interest it needed without taking away from the song or from Kristian’s beyond-his-years charisma and vocal talents. Geometric shapes and a bleak but totally on-trend monochromatic colour and lighting scheme went hand-in-hand with Kris’s Addams Family-esque clothing choice. Together, those elements made the performance seem so mature it was easy to forget that he’s a kid who only recently turned 17. The choreography was simple, and the shaky camera shots that kicked in halfway through (perhaps inspired by the treatment of Oscar Zia’s Human at Melfest last year) added to the atmosphere. As Kris sings in the chorus, I don’t want nothing more – i.e. I couldn’t have asked for anything better – from Bulgaria’s performance. That’s two years in a row now, and it makes me excited for what they might bring to the party in Lisbon.

A public service announcement: from now on, we’re all to spell ‘fun’ like this – M-O-L-D-O-V-A. If you were after a Eurovision 2017 performance that ticked every single box, then you’d undoubtedly have found it in the Sunstroke Project’s sophomore stage appearance. It took a great party song and made it a serious contender by doing everything right. The boys and their brides-to-be were entertaining, energetic and vocally solid; their dance moves were quirky, memorable and easy to copy after a few drinks gave you the courage (or was that just me?); and their background graphics were 10/10. They also threw in a handful of bits and pieces that ramped up the fun factor without turning Hey Mamma into a disposable novelty entry – think the backup singers’ costume change, and their synchronised bouquet toss into the audience. Moldova’s semi performance took me by surprise as I didn’t foresee it being my highlight of the night, but it was. And final night wouldn’t have been the same without them, that’s for sure. A third place well earned? You bet your epic sax!

Now I’ve shown you mine, you can show me yours! Which performances from Kyiv do you think were the most douze-worthy?

Next time…I hope your poll-taking skills are still sharp from voting in Barbara Dex, because the 2017 EBJ Eurovision Excellence Awards are about to kick off, and I need you to decide who and what should win the People’s Choice trophies! From the Miss and Mr. Congeniality awards to the Dancefloor Filler of the Year, Best Music Video and OMG Moment of the Year honors, it’s up to you to vote in a whole heap of categories and have your say on the best – and worst – of Eurovision 2017. Don’t miss your chance!!

5 Responses to “Putting The (Freaking) Beautiful Into The Mess: My five favourite performances of Eurovision 2017”