Hallå och välkommen til…um…okay, so I haven’t advanced particularly far with my Swedish on Duolingo yet (I’m not even sure there’s a lesson entitled “Welcoming People To Another Extremely Exciting Post Here on Eurovision By Jaz Dot Com in Svenska” anyway), but give me some time, and I’ll be så brå you won’t believe it.

In case the above paragraph wasn’t enough of an indication, I’ll spell things out for you: I’m feeling super-Swedish-obsessed at the moment, now that a) I’m actually, 110% heading to Stockholm for ESC no. 61 (*emits a Kaliopi-screech and farts a rainbow of pure joy*) and b) the Melodifestivalen 2016 line-up has been revealed. I’ve got plenty of Melfest madness planned for you over the coming months, so I don’t want to devote an entire post to the 2016 edition now…but I will give you a glimpse of the artists I’m most excited about seeing back in the competition (and boy, there are a ton of them) or entering for the first time: 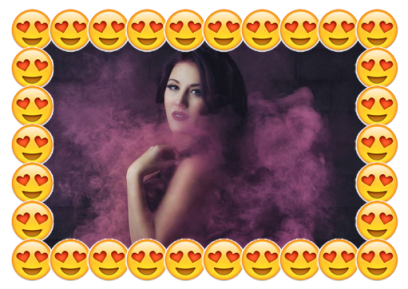 Yes, it took me far too many minutes to create this. No, I am not ashamed in any way.

Before I start looking forward to Stockholm, I thought it would be timely to look back to Vienna, given that it’s been (just over, but close enough to) six months since Sweden snatched their sixth victory. And what better way to do that than by re-ranking all of the entries from this year’s contest to see, once and for all, how I feel about them now compared to how I felt about them at show time (the last Top 40 I posted was just before Semi Final 1)?

I’ll leave you to tell me if there would have been a better way to commemorate six months since, after you’ve checked out the revised ranking below. If you’re up for it, go and re-calculate your own using everyone’s favourite sorting tool, and post it – or some of it – in the comments. Which songs have grown on you over time, and which ones have started to grate? Let me know down below.

My brand spanking new, end-of-2015 ranking looks like this (with the previous position of each country in brackets):

#1 | Sweden (=) Don’t act surprised, or reach for a sick bag! I never bought a ticket to ride on the ‘Not Sweden again! ITALY WAS ROBBED’ train, being the massive fan of Mr. Zelmerlöw, avid supporter of Heroes with or without the stick man, and generally Sweden-obsessed freak that I am (I maintain that the whole jury-vote-deciding-winner is the kind of situation where you should hate the game, not the player). I love this song just as much in December as I did in February – only now, I get even more caught up in screaming ‘WE ARE THE HEROOOOOOOOES!!!’ knowing I’ll be seeing Måns reprise it live.

This is a pretty accurate representation of how my face will look when that precious, precious moment arrives.

#2 | Italy (+1) Six months on, Grande Amore still gives me goosebumps. Will it have that effect á la Lane Moje, my all-time favourite ESC entry, and last a lifetime? Get back to me in a decade or two and I’ll let you know.

#3 | Belgium (+1) Belgium’s fairytale fourth place is something I still pinch myself over – when I’m not doing the robot to the minimalist, cutting-edge sounds of Rhythm Inside, of course. I’m still attempting to master Loïc’s triple pirouette, but I’m happy to crack this track way up for years to come in order to practice.

#4 | Montenegro (+4) Of all Željko’s contest compositions, Adio is the one that took me the longest to fall in love with. But, as you can see, it’s leapt from 8th place to 4th in my Top 40, and I won’t say it’s not going to climb higher in the future. It’s a textbook spine-tingling, haunting, atmospheric Balkan ballad, and if you can put it out of your mind that Knez looks like a circus ringmaster, it’s pretty much perfection in a three-minute package.

#5 | Australia (+12) Making a far bigger leap up my personal leaderboard is my own country’s first – and as we now know, NOT last – entry. Tonight Again was definitely a grower for me. I liked it instantly, but didn’t love it…then Australia came fifth, and I miraculously changed my mind. Actually, the change of mind was more to do with the vibes when I was cheering Guy on in a room full of Aussies. But let’s not dwell on that. It just happened! Do whatcha whatcha whatcha waaaant….

#7 | Israel (+15) Nadav is still my golden boy, and I certainly do enjoy. A lot more, evidently, than I did back in the day (i.e. May). Golden Boy , I have discovered, makes for an epic workout song. Squats suddenly become slightly more bearable when it’s blaring in the background.

Nadav captured at the precise moment he realises he doesn’t have time to show you Tel Aviv before he leaves.

#14 | Norway (-12) This is a controversial one. Maybe I over-listened to AMLM, which was my second-favourite song once upon a time, or maybe it just lost some of its magic for me. Either way – though I still like it a lot – I can’t hold it in as high a regard as I used to. Does this count as doing something terrible in my “early” youth?

#19 | Belarus (+8) I’m surprised that this has crept up rather than stayed put. There was never anything about Time that grabbed me with both hands (the hands of Time, obviously) which always irritated me because Uzari and Maimuna are both awesome in their own right, and have both produced far more dynamic and impressive music in the past. But I guess I’m not that irritated after all. And time really is like thunder, a-ahh.

#24 | Estonia (-13) I never felt the feverish love for Stig & Elina’s Eesti Laul landslider that many others did, so this drop doesn’t mean that much. Don’t get me wrong – we’re at #24, and the only songs I’m verging on hating with a passion are #37 through #40. It’s just…to steal the motto of Eurovision 2012 and rephrase it for my own personal use, Goodbye To Yesterday doesn’t light my fire, as such. I wonder if another tragic tear will snake its way down Elina’s cheek over that comment?

#28 | Serbia (+12) Bojana was my bottom-ranked act in May – though I should specify that it had nothing to do with her (she’s a delight, and can we be best friends forever, please?) and everything to do with the cheesy English-language version of Beauty Never Lies. I’m still not overly keen on it (it’s becoming a theme as we creep closer to number 4-0) but I can’t deny that it is a cracker of a dance-floor filler.

#34 | San Marino (+4) Is San Marino still in my bottom five? As Michele would say, NO! That’s a major achievement for the republic in itself. This song is total crap, but a part of me sees/hears it as a guilty (so very guilty) pleasure. I love how hard Michele and Anita try to make it something it’s never going to be – i.e. a decent, age-appropriate pop song that people would willingly listen to on a regular basis.

It’s a shame Anita and Michele didn’t introduce their outstretched palms to Ralph Siegel’s face at high speed, BEFORE he lumped them with ‘Chain of Lights’…

#37 | Lithuania (-7) This Time  was, is and always will be so full of cheese, you could make a batch of toasted sandwiches with said cheese so big that the Buranovskiye Babushkis and their extended families could feast on them for years without worrying about a dwindling supply. I don’t know about Vaidas’ solo stuff, but Monika’s is infinitely better than this.

#40 | Armenia (-4) I haven’t sat through the recorded or live version of Genealogy’s melodramatic musical mess since their performance in the Viennese grand final. It’s just not my cup of tea (to put it politely) and I think that Not Alone, which preceded Don’t Deny, shows it up massively. I suspect that Iveta Mukuchyan’s entry, which will succeed it, will do the same.

Are you still awake? If so, congrats on making it all the way through this Top 40! If not, then I guess you’re not reading this right now, so I don’t need to address you (I am going to draw on your face with a Sharpie while you’re snoring, though). Things have changed quite a bit on my end, rankings-wise, so now it’s your chance to shock me with how much you’ve rearranged the field of 2015 in your mind – or on paper – since the contest took place.

Come on, spill! How’s your Top 40 looking as we approach the end of twenty-fifteen?

COMING UP It’s been a while since the previous episode, but what better time than now for another Melfest Monday? Then, ever since Australia was granted a precious second shot at Eurovision glory, minds the world over have been whirring trying to come up with the best artist to fly our flag this time. I’m yet to chip in on this discussion, but I’ve been biding my time for a reason. Drop by for a Friday Fast Five in which I’ll reveal my top five fantasy Aussie representatives. I promise ‘Guy Sebastian, again’ isn’t among them.