Well, another national final season has come to an end, and I don’t know what to do with my life anymore. The Netherlands are calm after the silent storm inside Carl Espen, which was originally worked up in Sanna Nielsen’s head; Greece are trying to rise up but Conchita Wurst’s determination to rise like a phoenix is getting in their way a little bit; and Latvia are still pondering over how to bake that cake with no help from TEO who’s got the cheesecake recipe down pat. I could go on, but instead, allow me to introduce the first of many (i.e. about three) complete rankings of this year’s Eurovision.

Russia’s entry was the missing piece of the puzzle up until a few days ago, and now we’re all free to get busy ordering all 37 competitors from douze-worthy to ‘OH DEAR GOD WHY! WHYYYYYYYYY!!!!!’. It took me a while to figure mine out, and because I hadn’t ranked since around the twenty-song mark, I was flabbergasted by my own apparent opinions. Without further ado, I’ll let you be flabbergasted by them too. This is my pre-contest top 37, with a few justifications along the way. 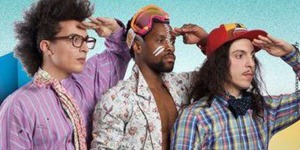 Twin Twin, attempting to spot that sought-after moustache on the horizon. 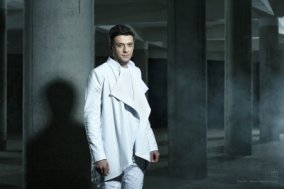 Could Aram (and Robin Stjernberg’s jacket) possibly win the ESC for Armenia?

Molly: the first UK contestant in years to have full control of her bladder.

The look on Maria’s face says it all.

I can’t wait to see what outfit Conchita pulls out for the ESC.

So that’s that! I will of course be offering more in-depth critiques of all the entries in my reviews, coming up in April. For now, in case you can’t be bothered to scroll back up (it’s Sunday…the laziest day of the week, right?) this is a recap of my current top 10:

One of the bajillion things I love about Eurovision is that you never know which countries you’re going to end up fist-pumping for. While I’m pleased to say that the likes of Hungary and Sweden are ranking highly with me yet again, it makes me equally happy that I can fully back countries like France, Belarus and Poland for the first time in ages (or in some cases, ever). How all of these countries will do in the contest – and whether they’ll keep their current positions in my ever-changing rankings – remains to be seen.

That’s all I have to say for today, but I will be back in a big way in the lead-up to May 6th. Here’s a peek at my posting schedule for anyone interested (yes, I made one. It’s a great way to procrastinate study).

Before that chaotic period begins, let me know all about your rankings. Who’s riding high in your top 10? Which countries have impressed you for the second, third or infinite time in a row? And which delegations shouldn’t even bother hopping on the plane to Copenhagen? Hit me up with all of your thoughts.