Bonjour, and welcome to the second half of my JESC 2013 reviews! Moldova, the Netherlands, Russia, San Marino, Sweden and hosts Ukraine have been judged like there’s no tomorrow by moi, and the verdicts are here for you to be outraged by. Trust me, you’re going to be fearing for my sanity by the time you’ve read Ukraine. As it turns out, there are two douze pointers in this group, and one is controversial. But what is Eurovision without controversy?

Let’s agree to disagree on these six songs… 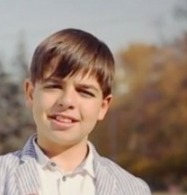 Sounds like: It should accompany Zlata Ognevich’s Gravity on the Lion King soundtrack

The good: I feel like there’s always one song in every Eurovision event that I love, and everyone else hates (which is probably not the case…said songs must have at least one other fan on the planet). This JESC year, that song comes from Moldova. I didn’t fall instantly in love with Cum Ša Fim – hearing it for the first time via the grainy video from the national final, where bad acoustics reigned supreme and the judges looked bored out of their minds, was bound to have a negative effect. But despite the poor start á la Roberto Bellarosa’s Love Kills, I heard potential, and when I gave the studio version a spin, that’s when I fell in love. I find it so majestic and uplifting (even if the Romanian/English mish-mash makes no sense), particularly when the choir joins in with the second chorus. It has a tribal kind of vibe that really does remind me of Gravity. I love the music, the melody, the structure, and even Rafael’s glass-shattering vocal – and if I’m alone in that, then I’ll just have to cheer extra enthusiastically for him to compensate.

Everything else: I do understand why this isn’t a popular choice (the screeching! The dodgy English bits! Et cetera!). It’s a love-it-or-hate-it kind of entry, and with the consensus leaning towards ‘hate’, I’m thinking Moldova’s in for a poor showing, point-wise. Still, if Rafael can keep that voice under control and thrive in the grander setting of the contest, which is more suited to a grand song like this, then there’s hope for a little more. At the very least, then we can say he pulled a Bellarosa – a.k.a. improved dramatically from NF to Eurovision and ended up 12th!

The verdict: Everyone else’s trash is my treasure. DOUZE POINTS!

JESC chances: I am predicting this as the one to come last. Hashtag sadface.

Double Me by Mylène & Rosanne 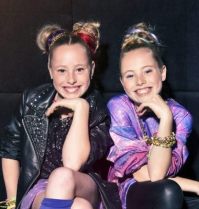 Sounds like: the theme of a cartoon chronicling the lives of Jedward

The good: I thought I knew how I felt about this before re-listening for this review. It had been a while, and the last time I’d heard it, it was beginning to annoy me. But I guess it’s true that absence makes the heart grow fonder, because I’m not annoyed anymore. This song takes Mylène & Rosanne’s twin situation and runs with it, and the result is some serious fun. Yes, it is repetitive, but it’s the happiest darn thing on offer this year and I can’t help smiling as the girls shout ‘SPIEGELBEELD!’ at me for the billionth time. Every part of the song is infectious, and the chorus sticks like super glue. I even have a guilty fondness for the cheesy English parts – “Mirror, mirror, in the frame, we are just the same!” Half of me hopes the twins will stick with the cheerleader theme for JESC, because it was eye-catching with the pom-poms and lockers and stuff; the other half hopes for something new, but just as entertaining. I’m rarely not entertained by the Netherlands when it comes to Junior (the opposite applies for the ESC, unfortunately).

Everything else: Like Jedward, it’s uncertain whether this duo can actually sing, or if they’re just shouting into their mikes and the backing singers are making it listenable. I’m not sure if anyone will care that much, but 90% of the time, the winner/s of Junior Eurovision have been excellent vocalists, so to all of y’all who want the Netherlands to win, beware.

The verdict: Until I get annoyed again, 10 points.

JESC chances: I’ll be surprised if a top 5 result passes them by.

The good: Yeah, we’ve heard this type of song in mini-vision before. On multiple occasions, in fact. I don’t want to be sucked in so easily to something so clichéd, but I’m afraid that I am loving this entry. It goes back in time from Lerika’s very contemporary predecessor, and you know where it’s going from start to finish, but it’s so catchy I find myself ignoring both of those facts. In Monday’s running order draw, Dayana drew herself the desired performance slot of 12th (hopefully she’s not a nervous waiter) and I think Mechtay will go off as a show-closer. I can see it now – she strikes her final pose amidst fountains of pyrotechnics and various oversized props, and the crowd goes wild. Russia does pretty well in the contest, and maybe, just maybe, Dayana could win it for them for the first time.

Everything else: Then again…this might be all too ‘been there, heard that’ to be winner. Topping the scoreboard usually requires something more unique. As Russia isn’t my absolute favourite this year, I don’t mind either way. Success may also depend on Dayana’s ability to rise to what is a song that starts off in a fairly high-key, and gets higher from there. We know she can do it, but if she over-rehearses, the vocal that counts may resemble the sound of a cat being bathed against its will. Nobody wants to listen to that.

The verdict: No points for originality, but 10 for the rest.

JESC chances: Unless I’m mistaken (which is highly likely), 1st-4th.

O-o-O Sole Intorno A Me by Michele Perniola

Sounds like: the theme song of an Italian sitcom about bumbling police officers. Why do so many JESC entries sound like they belong on TV shows?

The good: First of all, San Marino in Junior Eurovision? *fist pump* I was surprised when they were announced as country number twelve (I had been expecting a return from Lithuania or Latvia) but I love debuts, and it’s going to be great to hear Italian on the JESC stage again. Ladies-man-in-the-making Michele is bringing his brand of sunny pop-rock to Kyiv, and despite its flaws, it’s a pretty strong starting point. I like how it begins all humble with the softer vocal, before the drums kick in and Michele ramps up the o-o-o’s. Those three syllables are very catchy, adding to a chorus that’s already sing-along paradise. The verses are quite nice too, and the Italian throughout (with no deviation into English just for the sake of it) makes the whole thing more sophisticated. All in all, Sole Intorno is a pleasant listen, and I think it strikes a good balance between being young and being mature.

Everything else: My main problem here is that the song takes so long to get going and offer us anything more than the o’s, that there isn’t enough time left at the end for it to build into something. It almost seems to be over before it’s begun. That doesn’t bother me a huge amount, but I think the song could have used that humbleàhigh energy structure in a more time-effective way, as we’ve heard before with entries like Ti Si Moja Prva Ljubav and Zo Verliefd. Also, it is far from current in sound – but I suspect that won’t affect it either way, because it isn’t being belted out by a middle-aged guy with a mullet. Kids can get away with dated stuff.

The verdict: It’s not amazing, but it’s a little irresistible. 8 points. 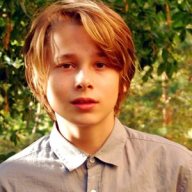 Sounds like: Tell The World I’m Here by Ulrik Munther

The good: Alexander Rybak, for some unknown reason, has decided to ditch the violin and disguise himself (not very well) as a 13-year-old boy to represent Sweden in JESC. He may as well have, anyway. Elias here bears an uncanny resemblance to Eurovision’s champion of champions, and he’s given me another reason to love his country in the contest (as if I needed one…SVERIGE FTW!). Det Är Dit Vi Ska is grown-up in the tradition of Swedish JESC songs, and has a similar kind of depth behind it as Lova’s song did last year. Also like Mitt Mod, this song isn’t an instant hit, but rather a slow burner, and took me a couple of listens to appreciate. It’s opening the show on Saturday, and I think it’ll make an excellent opener in its own way. Maybe it won’t get the audience hyped up like the Netherlands or Macedonia would do, but it will work. For me, this isn’t Sweden’s absolute best work, but it’s strong, and the music and melody are beautiful.

Everything else: There’s an elephant in the room, and it can’t sing for peanuts. Elias is a weak vocalist based on his Lilla Melodifestivalen outing, and this is not a song that requires a ‘just good enough’ vocal to be pulled off. I’m going to give him the benefit of the doubt and hope that he can emulate Ryan Dolan by pleasantly surprising us all. Or at least emulate Jedward by recruiting some backing singers willing to do most of the heavy lifting.

JESC chances: I can’t imagine a stellar result, or a dreadful one. 6th-10th.

We Are One by Sofia Tarasova

Sounds like: Ukraine aren’t trying too hard not to win again!

The good: Because the cost of hosting JESC doesn’t necessarily fall on the winning country (though it has in recent years) you don’t often see the hosts running on 50% in order to spare themselves another expense. IMO, Ukraine wouldn’t mind terribly topping the scoreboard again with this dance track, which manages to stand out from the sea of songs in the same genre thanks to a few interesting features. I’ve been a big fan of it from the beginning. I think the production level is high, and that it’s super catchy and on-trend. Strangely enough for a Ukrainian artist (not) Sofia is a child singing prodigy, and the song shows off her voice even without the a cappella break. I’m expecting big things from the staging – lights, sparks, dry ice, and a Gaitana-brand flower crown to name a few. Still, I think Sofia could rock this without all of those embellishments.

Everything else: What can I say? I don’t really see any negatives here. I’m not saying Ukraine will win again (in fact, it’s unlikely) but personally, I think they’ve made an excellent choice. I hope it gets a home ground cheer worth discussing the next day. What I don’t want to happen is for the crowd to boo every time a country gives less than five points to Ukraine, which is what went down in Amsterdam with the Netherlands. Talk about poor sports!

JESC chances: It could do really well. 3rd-6th.

Twelve reviews down, none to go! I’m not going to do a full ranking just yet, but here’s the standings of the above six. This was a much stronger group, and there’s not a whole lot between them.

I’ll be back on Saturday with some last-minute hopes, expectations and predictions for JESC 2013, and in the meantime, I’ll be reading about the rehearsals whilst going out of my way to avoid seeing them. Prepare your predictions and get ready to compare notes, people!

What do you think of Moldova, Ukraine, and everything in-between? How would you rank them?