If you’re not wearing a watch at the moment, I’m more than happy to tell you what time it is. It’s COUNTRY PROFILE O’CLOCK, PEOPLE! A.k.a. time I gave another country its own post, because I’m generous like that. Plus, we’re in the off season so there’s not a whole lot to talk about.

Unfortunately, I’ve already profiled all the countries that would’ve been relevant to do at this stage (Sweden, the hosts past; Denmark, the hosts-to-be…) which you can find here. But wait! There is a little thing called Junior Eurovision on its way, or so we hope, and for the second time it’s heading to Kyiv. So on that basis (an explanation that was really unnecessary when I could have just got on with things, but you know me) I’m shining my spotlight on Ukraine right here, right now. This is an overview of their relatively short, but very sweet time spent showing a lot of other European countries how the ESC is done. 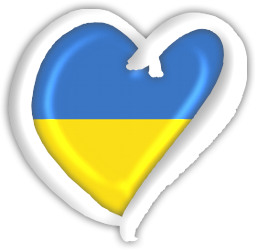 Wild Dances by Ruslana (2004). If this isn’t a dead-set modern Eurovision classic, then I’m not someone who can’t stop blogging about continental song contests. I doubt that sentence made any sense, so let me rephrase it: Wild Dances rocks everybody’s socks. I’ve never encountered anyone who doesn’t at least like it, and only one or two silly folks who don’t think it should have won in Istanbul. In my opinion, Ruslana embodied Ukraine at their very best, with infectious up-tempo ethno-pop and a (whip) cracking stage show. 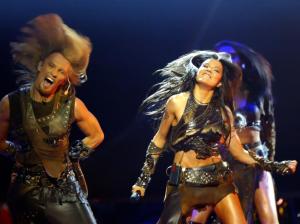 Not to mention that she didn’t give an oversized horn about her hair getting messed up.

Hasta La Vista by Olexander (2003). You’re allowed to be rubbish on your first try, so I won’t be too cruel here. Not that this entry was that bad. Not, like, Switzerland ’04-level bad. But it didn’t give us any hints of the awesomeness that was to come, that’s for sure. I think what I disliked most was Olexander/Oleksandr/???’s voice, which was kind of…unusual, to say the least.

Dancing Lasha Tumbai by Verka Seduchka (2007) – I bet you’ve got this in your head right now. I also bet you have no questions about why I feel it was memorable.

Shady Lady by Ani Lorak (2008) – One of Eurovision’s most polished performances led to a second consecutive silver medal for the hosts of 2005.

Sweet People by Alyosha (2010) – Then, we had a very pared-back version of Ukraine, which actually served them better. All you need is a costume knitted by your drunk grandmother and a girl who can sing the leg off a chair to succeed.

Angel by Mika Newton (2011) – I love this song, but I’m under no illusions as to why it did so well. Three words: the sand lady.

Show Me Your Love by Tina Karol (2006)/Shady Lady. This country wrote the book on how to stage an ESC entry (I believe it’s called Whip-Cracks and Jump Ropes and Hell Machines, Oh My!) and here are my two top examples of perfection. Tina had her schweet backing troupe on hand to make her look good with their costume alterations, tambourines and dance moves, and she intermingled with them very well. Ani, on the other hand, had a backing troupe consisting entirely of masculine eye candy and some fun light boxes to play with. And pose in front of. And climb on top of. They’re so versatile. Can you buy them on eBay? 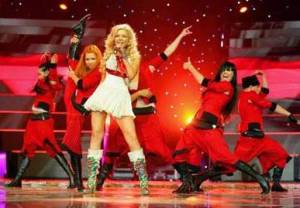 Backing dancer #4 gives a thumbs up to a great performance.

Alyosha. As I said earlier, her outfit did look a bit ‘thrown together by grandma after she had a few too many brandies and got hold of some red wool, nude Lycra and a hot-glue gun’. But against all odds, it really worked for the song and the simplicity of the staging. An extra-special touch? The hood Alyosha wore in the beginning and then shed at just the right moment. 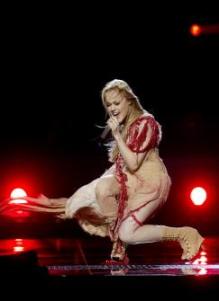 Someone had better tell her that a ball of yarn is trying to devour her.

Zlata Ognevich. She does alright. OMG JUST KIDDING SHE IS AMAZING PLEASE FORGIVE MEEEE!!!!! I will say that because she can belt out whatever she’s given so effortlessly, she can come across as going through the motions sometimes. But that doesn’t change the fact that her voice is incredible – powerful when it needs to be, but capable of basically anything.

To sum up, the Ukraine is one strong competitor. What with a win and multiple other successes (such as that 100% qualification record) under their Swarovski-encrusted belt, they’ve done brilliantly for a country that hasn’t been a part of Eurovision as long as it may seem. I don’t always love what they send, but 2003 excluded, I never dislike them, and I get a kick out of knowing they can be relied upon to stage a song in the best way possible. Even when they hire giants to carry their artists into the arena in a cringe-worthy move, it ultimately works. Be afraid, Europe, be very afraid. Ukraine can, do and will do things you can only dream of.

What have been your highs and lows of Ukraine’s years in Eurovision? And which country would you like to see profiled next?