Reminds me of: Wonderful Life by Hurts

The good stuff: I’m a little bit obsessed with Croatia, so I generally have a soft spot for their entries, many of which I feel do not get the points they deserve (I’m thinking Lako Je Sve, not Celebrate *shudder*). But I swear I’m not being biased when I say I love Nebo. I know it hasn’t been that well received, but there’s something about it that just gets to me. Nina’s voice is really raw, like she often breakfasts on gravel, which works well for the rocky style of the ballad. I think the chorus is strong, and the bells/gongs/dropping of cookware onto a tile floor (whatever those ding-dongs are, basically) are the cherry on top.

Everything else: Croatia are in the second semi alongside most of the other Balkan countries, who as we know manage to swap decent amounts of points between each other in spite of the jury influence. But there’s still a lot going against them. I mean, it’s Croatia – one of the less fortunate of this bloc in terms of qualification. Then you have to consider what Nina has to overcome to make the final (e.g. Željko Joksimović) and the fact that as usual, the second semi is going to be the toughest to escape. All of this won’t faze non-fans of Nebo, but it does worry lil’ ol’ me.

Reminds me of: Titanium by David Guetta

The good stuff: I’m not quite in la la love with this one, despite the fan frenzy and good odds for it to win. It’s a decent dance track with a chorus more infectious than the Black Plague, and it’s certainly something different for Cyprus. It’s like the composers took three or four songs from the top of the iTunes charts, spliced them all together, wrote some new lyrics (nothing too deep or meaningful) and voila, this was the result. For me, Cyprus’ last three entries have been better.

Everything else: The elephant in the room here – although nobody seems to be shy in discussing it – is the mystery of Ivi’s vocals. You would think that having been on The X Factor would guarantee she could at least hold a tune (although Jedward were on theUK version…) but the performances of hers I’ve watched from her time on the show were less than impressive. Plus, having lip-synced at the national final and pulled out of Eurovision in Concert, there’s no record of her singing this song live (that I know of). She has the potential to crash and burn when it comes to the live show.

Best lyric: ‘Feels like I’m always living out of my suitcase, what about all the years in between, just trying to find my place…’

The good stuff: Has Anna Bergendahl had plastic surgery, changed out of her Converse and upped the tempo on This Is My Life in order to represent Denmark this year? As possibly the only fan of that entry from 2010, for moi that is not an unpleasant possibility. This song surprised me by winning Dansk MGP, but it really was the best choice. It’s cruisy and catchy and has a very reliable, charismatic artist at its helm (an appropriate term considering the nautical theme of Soluna’s NF costume). There’s definite winner potential here, and even more definite top 10 potential.

Everything else: I’m hoping the Danes take inspiration from Sweden, and turn up in Baku with exactly the same outfits as those they wore in the NF. Yeah, I know I’ve already mentioned the clothes, but what can I say? Aesthetics play a big part in the contest, and the hat and the shoulder pads were a seriously striking visual.

The good stuff: A year ago, I just did not get the whole thing with Rockefeller Street, and in the end neither did Europe. This year, Estonia has got me good with this amazing ballad – their first native-language entry since 2009. Back then, Urban Symphony cracked the top 10, and I think Ott deserves to do the same. Each individual section of Kuula is magic: the verses, the chorus, that other bit before the last chorus that nobody knows the name of…sigh. Also, we should get a great vocal performance from this guy, which is always a plus. Unless you’re listening to Mariah Carey sing Gangsta’s Paradise or something.

Everything else: This is another entry that could be a little boring, presentation-wise. I hope Estonia at least use the inevitable LED background to their advantage, so there is something else going on.

Reminds me of: Love by Sasha Son

The good stuff: I love Swedish, so I’m thrilled that in the day and age where Sweden are unlikely to send a song in it, another country has decided to do so. This is a humble ballad in a year of epic ones, but I really like it. It did take me a few listens to develop such affection, but it happened. Finland are rather hit-and-miss in the ESC, and you never know what they’re going to come up with, unlike more predictable (and successful) countries such as Greece. This year, they’ve come up with a gem, although it does beg the question: who do we listen to – Pernilla, who closes her eyes? Or Max Jason Mai who doesn’t want us to? Confusing.

Everything else: Is this song too humble to advance? It is in the first semi which consists of the weakest competition, but it’s no way a cert to make it out. I can’t see the televotes flooding in for it, nor the juries rating it extra high. Then again, coming directly after Belgium in the running order may make it sound like the most exciting thing since Steps announced they were reforming. Then again, again, coming before Israel may make it instantly forgettable. 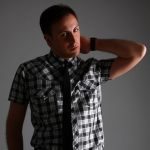 The good stuff: If there’s anyone out there who can help me pad out this section, please – DO! I just don’t know what to say, Congratulations, Georgia, you have made me speechless. I guess I feel like this song would only be useful as the background music in an acid trip (which would in turn be enough to put anyone off drugs for life).

Everything else: What is this? Seriously. Anri, it’s very apt that you’re a joker because your song is a complete joke – an unfunny one with dreadful wording. The only reason I’m not giving it nothing is because there is another song that somehow manages to be worse, but I’ll get to that in another lot of reviews. And I will admit to liking the instrumental bits. Mainly because they have no lyrics…

NEXT TIME: Greece, Hungary, Iceland, Ireland, Israel and Latvia become the next nations to be slid under my microscope and examined in the lab of this blog…and I stop describing EBJ in scientific terms.