Fast forward to 2011, when Italy joined the exclusive Big club after an extended vacation from the contest, taking the total up to five (and as we all know, all the best groups have five members. The Backstreet Boys, *N SYNC, the Spice Girls…need I say more?). But then include the ever-present host country in the final lineup, and you’ll find the current total is six. It’s the Big 6 of 2013 that I want to ramble on about today.

Confused? I’m with you. To make myself clearer to you and to myself, what I mean is:

For the purposes of this post, I’m officially declaring the host country one of the Big countries, despite the fact that as always, they’ll be relegated back to semi-final status next year (unless they win again. It could happen, guys). Also, for the purposes of not driving you insane with this wordy intro, I’m just going to start the main event of rambling now. You’ll get the idea.

Thoughts on the final six

For me personally, the automatic finalists have been slowly but surely lifting their game over the last few years, and I think again in 2013 we have a strong group for the semi-final qualifiers to compete with. In alphabetical order (my favourite kind) they are:

France (L’enfer Et Moi) – I was expecting some maudlin, depressing, obscure ballad from France from the second the song title was announced, but as it turns out, that’s what we got from the Netherlands instead. I’m so pleased this is more in the retro vein of L’amore é Femmina. It’s catchy but sophisticated, and doesn’t make me want to jump off a cliff in the slightest.

Amandine’s good luck charm: sucking on a lemon before performances?

Germany (Glorious) – Been there, said that about this one. But I’m all too happy to say it again: bravo, Deutschland, bravo. This country is going from strength to strength, and made a clever choice in picking a song that’s great in studio, but goes off like nobody’s business in a live, arena setting. What could be more perfect for Eurovision than that?

Italy (L’essenziale) – I feel I should say bravo to the Italians as well, especially since it’s an Italian word. I was hoping Marco’s Sanremo winner would be the one to go to Malmö, but after what happened last year, I didn’t want to assume. But it is! Yay, etc. Say what you will about Italy, you can’t deny that they always stay classy, and for me this classy ballad is one of the best on offer.

Spain (Contigo Hasta El Final) – This was initially, and still is, the weakest of the six IMO. However (before those of you on Team ESDM start cramming as many expletives into the comment box as possible) it’s grown on me a lot since my first listen. I’m finding the chorus quite sing-along-able now, and I do like the way things keep changing. 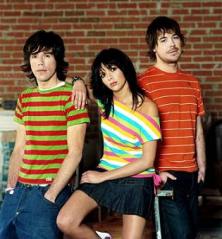 Are we to assume some Spanish department store had a 3-for-1 offer on stripy t-shirts?

Sweden (You) – Again, I think you’ll all know how I feel about this here host entry. How do you say ‘it’s the bomb’ in Swedish?

UK (Believe In Me) – I still think this is headed the way of Humperdinck, but I’m much more into it that I was the Hump’s song. The country feel is actually endearing, and the verses are as strong as the choruses. If Bonnie’s voice holds out for the jury and live final, maybe she can get on to the left side of the scoreboard. Just maybe.

So if I were to rank these six, it would look something like this:

Really, there’s not much between the top or bottom three as far as I’m concerned. I’m actually impressed by this lot as a whole. But these are just my thoughts, which will probably translate in no way to the actual results. Speaking of which…

How will they do?

It ultimately comes down to the song/performance combo, how well or how badly these finalists do. Perhaps there’s a bit of the unfamiliarity factor in there to explain why they’ve had a hard time (the Big countries more so than the hosts). For the voters who don’t already know the songs, the semi-finalists get more of an opportunity to win them over. And maybe it’s a bit about when they perform in the running order. But despite all that, with a really good song and a good performance, anything is possible (just ask Lena).

Just for the heck of it, let’s have a looksee at how the Big countries have fared recently. Here are the results from 2007:

Not so good, right? The host country did the best on both occasions. Now compare those to more recent results from 2011 and 2012 (including Italy).

Again, the host country did pretty well, as did the returnee Italy. France and the UK are the only Big countries to have missed out on a top 10 placing in the last few years, albeit narrowly (with Blue’s 11th in Düsseldorf and Jessy Matador’s 12th in Oslo).

If that trend continues this year, Amandine and Bonnie will be left out, but I think Spain will be pushed not to join them. I suspect that Germany, Italy and Sweden all have a good shot at making the top 10, with Germany being the only one I can see winning. If they did, that would make an incredible two wins in four years, as well as four top 10 placings in a row, for a country that struggled like crazy in the pre-Lena years just to get off the bottom of the scoreboard.

What do you think? Could this be a year when all of the finalists make the top 10? Or will their change in fortune come to an abrupt end in Malmö?

As promised, and eagerly awaited by you, right?

Okay, you can stop laughing. Before I ask your opinion on the best of the Big 6, here’s how they fit in to the bigger picture, as of this second. Because I could change my mind at any moment.

Anton Ewald congratulates Robin on topping my list. How nice of him!

To finish off this rather strange post, I’m dying to know:

Results will be published next week, and if you vote for the eventual favourite, you win absolutely nothing, because I am poor! But you can give yourself a good pat on the back.

Thanks for reading, and I’ll see you next time, when I may or may not be switching the EBJ spotlight onto one of the Big countries in particular. It’s going to be eccellente, signore e signori…