I have a confession to make: I had no idea that Belarus’ national final was taking place tonight. 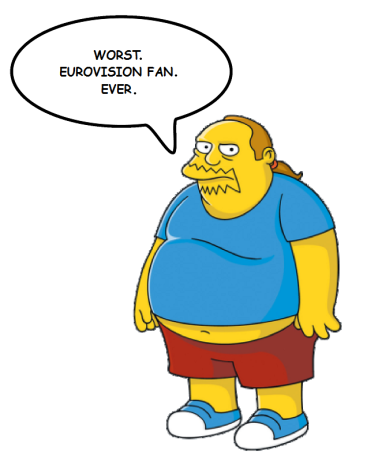 For some reason (I’m inclined to blame Malta holding their semi and final over two consecutive days in order to confuse me) I was convinced they were choosing an act to follow in Uzari & Maimuna’s footsteps TOMORROW night. So, naturally, I had planned to forgo posting about Malta’s semi final so I could combine a prediction for both the MESC final and the Belarusian equivalent into one ridiculously long ramble on Saturday. SO, I’m not exactly prepared for what I’m about to do – hammer out a brief analysis of the ten songs competing to represent The Land of Koldun this evening, and take a look at Malta’s twenty-song-long semi while I’m at it. That being the case, there’s no Time (HEHEHE) to waste. Let’s go.

BELARUS: It’s Time to select a song for Stockholm!

Yes, I used the Time joke twice in a very short space of sentences. There’s only a matter of Time before it becomes totally irrelevant, so one simply must squeeze it in as many Times as possible.

Hey, here are the prospective Belarusian entries for 2016!

Overall, I’m pretty disappointed in this bunch. It only takes one great song to win Eurovision, but it seems to me that Belarus have none – which makes me wonder why they even bothered with their lengthy live audition process and all of the other jazz leading up to this point (and why they should bother with the stuff that’ll come after, such as rehearsing and remixing and turning up at Globen). That might sound harsh, but this final is lacklustre at best, and physically painful to preview at worst. At least, in my opinion. If you think it’s the new Melodifestivalen in terms of its epicness, power to you (but seriously, book yourself into an insane asylum stat).

I’ve selected some highlights (using the ‘high’ loosely) and collated them into a short list which I believe is traditionally titled a ‘Top 5’.

So who’s going to win, and does anyone really care when the standard is so crap? OF COURSE THEY DO, AND STOP BEING NEEDLESSLY MEAN, JAZ! This is the trio of tracks I can see scuffling at the top of the scoreboard for the ticket to Stockholm:

PS – I’d like to slip My Universe in as a prediction too, just in case. So consider that done.

Who would you like to see fly the Belarusian flag this year? Does Alexey ignite your Flame, or are you hoping it’s Sasha’s Glory Night? Maybe you’re thinking that Alexander Ivanov should learn How To Fly to Arlanda airport (though I truly hope you’re not). Let me know below!

Another year, another MESC, and still nobody’s explained to me why Malta goes to the trouble of holding a semi final when they only ditch six songs at the end of it. CUT THE FIELD IN HALF, FOR THE LOVE OF IRA LOSCO!

Speaking of our beloved Ira…she’s back in the mix for 2016, fourteen years after her very successful, should-have-won-it trip to Eurovision in Tallinn. She’ll open tonight’s semi with one of her two entries, and be followed by eighteen other acts. If you’re tuning in, you’re in for a loooooong night. But it just wouldn’t be MESC otherwise.

Here’s the line-up, for anyone requiring a refresher:

Now THAT’s more like it. It’s not the best musical battleground ever to have existed, but there’s hardly anything that I’d describe as dreadful listed above. I’m going to save my Top 5 ranking for tomorrow’s pre-final post (assuming all my favourites qualify. The odds are in their favour) but I will say that Ira, Corazon (gasp!) and Deborah C (double gasp!) have made the grade.

For now, I’ll have a bash at predicting which six songs WON’T be seen and heard again on Saturday night.

It’s a tough task, deciding which of Malta’s marathon runners won’t make it to the finish line. If you’ve selected your own six, get on down to the comments section and put them in writing! You know I’m an extremely nosy human and want to know what you think about anything and everything at all times.

Now, I’m going to say goodbye (I have some more face-palming re: my Belarus mistake to indulge in) but I’ll be back in about twenty-four hours with a verdict on the fourth member of the Eurovision 2016 family – i.e. Belarus’ song – plus a review, ranking and prediction of the MESC final. If you’re watching one of tonight’s NFs (or you’ve cloned yourself and plan to watch both), enjoy. And remember, selection season is only just beginning!